J.M.W. Turner, popularly known as William Turner, was a British painter, watercolorist, and printmaker of the Romantic era. Most of his works centered around landscapes, displaying the turbulent and violent forces of nature.  Painting storms, fire outbreak, and snowfall, through the brilliant interplay of colors, seem to be his foray. He succumbed to cholera in 1851, leaving behind 2000 watercolors, 550 oil paintings and about 30,000 etchings. 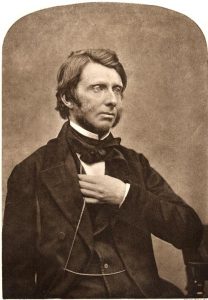 Biography of J. M. W. Turner in a Nutshell

This is one of JMW Turner’s unique watercolor paintings depicting a magnificent view of a sunset through the usage of limited color ranges to make the primary shade look prominent. The bridges and buildings have been portrayed using a pale-bluish green color, while chrome yellow and vermillion have been used for the sunset.

A whaling ship out to catch whales is the main subject matter of this painting. A sperm whale is seen wounded, bleeding profusely after being harpooned. Three men are also visible standing with raised arms getting ready to strike again. This is the first out of the four paintings themed on whaling perhaps done with the motive of selling them to popular businessman Elhanan Bicknell who invested in the whaling business.

Another brilliant work of art by Turner, this was under the ownership of 5th Earl of Rosebery’s family since 1878 until auctioned and purchased by  Los Angeles’ J. Paul Getty Museum on the 7th of July, 2010.   It centers around a landscape vision that Turner had projected of Roman Forum in its unexcavated form, seen shimmering in dim and hazy light. This work was delivered at his career’s peak and he painted it after making a host of sketches and studies during his visit to the city on two occasions. In 2010 it was auctioned and sold for a price of £29.7 million, being the highest paid painting of Turner till date.

This oil painting of Turner completed in 1844 has the Great Western Railway as its theme which was one of Britain’s private railway companies created to develop this new transportation mode. One of the highlights is the presence of a hare to the right bottom, perhaps symbolizing speed. According to some, this could indicate the limitations of technology. A few are also of the opinion that the poor animal is running out of the fear of the new machinery, thus reflecting how the inventions of science seem to take a toll on all of nature’s elements.

5. The Battle of Trafalgar

Commissioned by King George IV, this is a part of the series of paintings that were to be kept in St. James’ Palace’s three reception rooms. The famous Battle of Trafalgar had Britain pitted against Spain and France, where the Brits emerged victoriously.  Turner makes this into a history painting where he presents a contemporary event in the form of a patchwork scene, portraying different moments in a manner that they appear to be simultaneous.

Turner has wonderfully represented on canvas picturesque imagery of two sailing boats going topsy-turvy under the forces of the waves and wind. They seem to be fading away and the magnificent blue sky seen above them. The usage of blue paper, as well as body color in this painting, adds a sense of depth.

7. Italian Landscape with Bridge and Tower

Years after his first tour to Italy, he made a host of sketches and studies about landscapes, most of which were unfinished. Though the exact location in this painting remains unidentified, the blue but dark background, the bridge at the center, the tree at the right foreground — all are symbolic of the fact that Turner had been immensely influenced by Italianate work of art.

The great flood of the Bible has been portrayed here in a realistic manner. Turner has taken to Nicolas Poussin’s “severe” style to present the awfulness and seriousness of the subject in question. The devastating storm, flood waters, helpless figures desperately clinging on to the dried tracts of land available, with two of them distinctly visible…all these have been portrayed intently.

Initially titled as the Slavers Throwing overboard the Dead and Dying—Typhoon coming on it was exhibited for the first time in 1840 and is one of the unique examples of classic maritime painting. A ship has been depicted in the background sailing across a turbulent sea with the water churning violently. Human forms are seen scattered helter-skelter and floating around everywhere, while their dark body color, as well as chained hands and legs,  show that they might be slaves thrown into the water from the ship they were sailing in. The deep red sunset seen right above a tumultuous sea is indicative of the coming of a typhoon, while the furled sails of the ship in the picture means that it is preparing for the approaching storm. On a more intent look, sea monsters and fish may be visible in the water, all set to devour the helpless slaves. Like most other paintings, Turner has been consistent in using colors to depict his subjects, and this work is no exception. The red masts of the ship, blood-red sky, copper-colored water, and the bloodstained bodies of the slaves, all create a tremendous visual impact, making the catastrophe more prominent.

A wonderfully picturesque painting where a paddle steamer is seen trapped in a snowstorm. Turner, in most of his paintings, has explored the immense forces of nature, and in this work of his, a snowstorm forming in the water reflects the artist’s daring and bold Romantic fantasy. He uses monochromatic shades, with green, brown and grey, being the main colors present. The silvery light encircling the boat attracts the attention of the viewers towards the painting. The smoke emerging from the steamboat covers the entire sky, resulting in abstract shapes just like the waves. John Ruskin, a famous art critic, opines this piece to be one of Turner’s grandest works where the motions of the sea, mist as well as light have merged in a fabulous interplay.

Natural disasters encountered by ships at sea have been a popular subject in most paintings of the Romantic era. Turner had an immense passion for portraying the raging sea, and this work is no exception. Though the actual source seems unknown, it could either derive inspiration from a shipwreck in actuality or be a result of William Falconer’s poem of the same name.

Margate, England’s southeastern coast, known for its scenic beaches and beautiful cliffs, has often fascinated Turner. Through clean brushstrokes, he puts forth a clear blue sky on the canvas as seen here.

This is one of Turner’s significant sketches where the fine use of brush strokes creates a fabulous visual treat. The use of cerulean blue and grey give the storm raising at sea a dim, somber appearance.

14. The Burning of the Houses of Lords and Commons

This realistic painting is one of the two artworks of J.M.W Turner, where the fire breakout of the Houses of Parliament on 16th of October, 1834, has been depicted. He was a witness of the devastating incident and sketched the entire event in watercolor and pencil in two different sketchbooks. In the first artwork exhibited in 1835 in the British Institution shows the Westminster Bridge’s upstream side, where the devastating fire is seen devouring the House of Common’s chamber in the Stephen’s Hall. The dull red hue of the fire dominates the main scene while the foreground displays anxious spectators. The second painting put up for exhibition in 1835 has the same theme where the downstream part is shown adjacent to the Waterloo Bridge.  The smoke and flames are seen enveloping the Thames dramatically while onlookers traveling by boats and also standing by rive banks gaze at the spectacle.

15. Snow Storm: Hannibal and his Army Crossing the Alps

The struggle encountered by Hannibal’s soldiers in 218 B.C, while crossing the Maritime Alps, is the main theme of this painting. A dark black storm represented in the form of a curve dominating the sky seems to be descending upon the soldiers, acting as their main obstacle. An avalanche represented by shades of white is seen to the right of the mountains, while Hannibal could be seen riding on an elephant at a distance, though not clearly visible. In 1856, the National Gallery had acquired this painting but at present it is a part of the Tate Gallery.

The mythological theme of the Golden Bough has been presented here. The prophetess Sibyl with a freshly chopped bough in hand standing near the lake Avernus is observed in the painting too. The dancing figures presented in the foreground stand for the Fates representing doom and death as well as the mysteries of the underworld.

Apart from the list of paintings as mentioned above, Turner’s other famous works include Fishermen at Sea (1844), The Fighting Temeraire (1839), Norham Castle, Sunrise (1845) and Dutch Boats in a Gale (1801).