14 of the Most Famous Paintings by Sandro Botticelli

Italian painter, Sandro Botticelli sought to achieve a loose and rhythmic composition, using an undulating line that precisely lightens the borders of his figures. The result is the creation of an imaginary world, where everything seems to have a superficial existence – it is as if in our thoughts that the subjects come alive. He was also open to innovative trends, despite having an innate preference for conservative methods. This is most pertinent in his usage of “tempera grassa”, a new medium in Italy that made a painting more transparent by mixing egg yolk with oil. 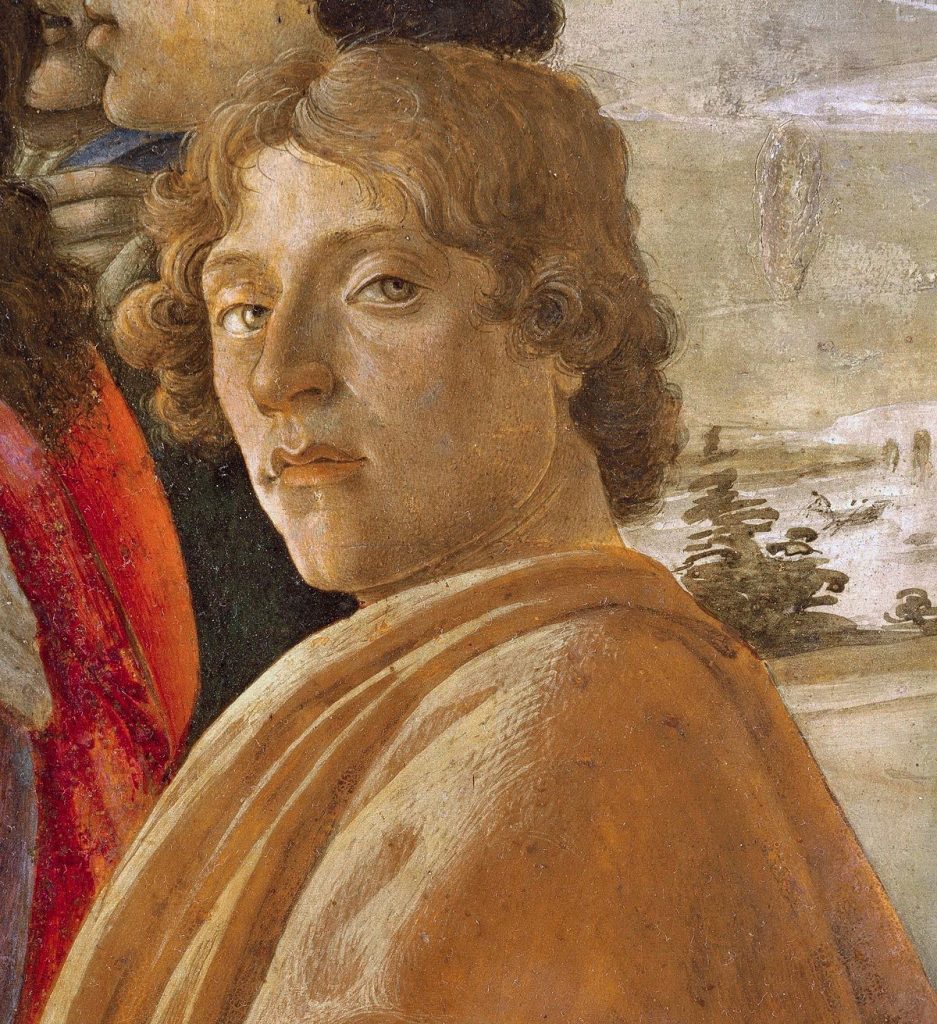 Biography of Sandro Botticelli in a Nutshell

1. The Birth of Venus

The best known mythological painting by Botticelli, “The Birth of Venus” depicts how the goddess of love is born as a fully mature woman, out from a seashell, the latter significantly symbolizing the female genitalia in classical times. The model for this work was an Aphrodite statue, the “Aphrodite of Cnidos” and it is held that the theme of the painting was launched by an Italian statesman, Medici, Lorenzo de’, after he had instructed it to be turned into verse by one of his humanist poets, Angelo Poliziano. Botticelli’s work eventually was a scrupulous rendering of the text. Presently, since no literary contexts concerning the masterpiece exist, it is assumed that the deft recreation of the movement is an invocation of beauty into the world.

Portraying a cluster of mythological figures frolicking in a lush garden, this painting, also hailed as ‘Allegory of Spring’, has prompted several interpretations since its creation. According to some, the garden’s abundance is an allegory for spring, while others contend it to highlight Neoplatonic love (an affection that denies physical proximity). Nonetheless, some of the figures are identifiable like, the god of May, Mercury, who is recognizable by his winged sandals or Venus, who presides in the center. There’s also a distinguished group of women that, representing the Three Graces, typically echoes the feminine virtues of beauty, honor, and love. Interestingly, the paint Botticelli used here consisted of a unique combination of ground paint and egg yolk.

3. Adoration of the Magi

This religious painting reflects a common theme in Rennaisance Florentine Art – the event of the three wise men or the Magi offering their gifts to baby Jesus in the Bible. Accordingly, the work shows how the three men kneel before the Holy Family. Additionally, it also contains a number of prominent figures of the Florentine society, such as Cosimo de’ Medici, the first of the Medici dynasty, Piero and Giovanni Medici (Cosimo’s sons), as well as Giuliano and Lorenzo (Cosimo’s grandsons).  There is also a self-portrait of Botticelli himself, in a yellow robe on the far right-hand corner, staring directly at the observer.

Using pen and brush on vellum, Botticelli visually represents Dante’s 14th-century epic poem “Inferno” in this priceless piece. Dante envisioned hell as consisting of nine rings, all leading towards the center of the earth. Botticelli’s work, aptly illustrating Hell’s punishments in the gory details of an inverted cone, succeeds in imparting life to Dante’s narrative.

In this first recorded work,  Botticelli personifies “fortitude”, one of the four worldly virtues besides temperance, prudence and justice and suitably matches them with the Christian values of Faith, Hope, and Charity. Part of a set of seven panels meant for decorating the tall chair backs inside the tribunal hall of the Piazza Della Signoria in Florence, this work epitomizes strength in showing a young woman, holding a scepter and gazing pensively to her left side.

The Roman goddess “Venus” lies asleep and unarmed, while the god of war, “Mars” remains alert, calmly gazing at the four satyrs that play amidst themselves and try to wake Venus. Besides celebrating a relaxed sensuality, it is also noteworthy for using members of the Medici family like the youngest Giuliano di Piero de Medici as models.

7. Madonna of the Magnificat

Created in “tondo” or circular form, this religious work is outstanding in depicting the Holy Mother Mary, looking solemnly at baby Jesus, whom she is holding and simultaneously writing a book. This work accounts for being the most expensive tondo, chiefly due to an extensive use of gold paint in its varied details such as Mary’s crown.

This remarkable work bearing the signature of the artist is particularly monumental, for, only after it was recovered and returned to England by a British art collector, William Young Ottley that Botticelli’s faded fame was resurrected long after his death. When it was exhibited in 1857 in Manchester, more than a million people viewed it, and slowly his frescoes in Italy began to receive considerable attention. It is referred to as “Mystic” for combining the birth of Jesus with a vision of his Second Coming in the New Testament.

The noteworthy features of this tempera painting enlist Madonna’s unique appearance – her sweet youthfulness being tinged with a gentle melancholy as well as the careful detailing of her scarf and dress.

Another painting bearing a similar theme, known as “Madonna and Child with an Angel”, is relevant in revealing his close artistic relationship with his mentor, Filippo Lippi.

As one sees Angel Gabriel positioned beside the bedchamber of a kneeling virgin in this painting, one cannot miss noticing the row of panels dividing the space in-between them. In fact, this technique of using an one‑point perspective succeeds in establishing the illusion of depth, so noticeable in this picture.

Echoing the similarities between the stories of Christ and Moses as well as the connection between the two Testaments, this painting projects the meeting taking place between Christ and the devil in the upper left section, the struggle between the two characters in the upper center panel and Satan being overthrown in the right. In the foreground, there’s the figure of a young male who stands for Christ and a priestly figure, who symbolizes Moses and both are seen preparing for a sacrificial ritual.

12. Portrait of a Young Woman

The subject of this work was a young woman, Simonetta Vespucci, who was much admired for her beauty during Botticelli’s time. Here, she is depicted as a nymph, flaunting a complicated hairstyle with beads, feathers, and ribbons.

This altarpiece in presenting the Holy Trinity, (Jesus after crucified, God and the Holy Spirit’s Dove) along with Mary Magdalene, St John the Baptist, Tobias, and the Angel is particularly significant in evoking a sense of deep reverence towards the divine group.

The vices “calumny, malice, envy”, and “fraud” are personified as figures dragging an innocent man in front of the king in this painting. At one side, they are followed by “remorse” as an old woman and the entire assembly turns to confront “truth” that is shown pointing towards heaven. Actually, the theme is inspired by a well-known work by the Greek artist Apelles, whose motive behind the work was his unjust slandering by an envious rival, Antiphilos. Botticelli’s work, besides recalling the ancient masterpiece is particularly poignant for containing a lavishly adorned architectural backdrop.

Other notable paintings of the master include Scenes from the Life of Moses, Madonna of the Book, and Portrait of Dante.