A versatile artist indeed popular for his oil paintings, watercolors as well as etchings, Edward Hopper was a realist painter of American descent. The themes of his works of art mostly featured the rural and urban scenes of American life. Gas stations, street scenes, motels, hotels, rooms, theaters, restaurants, and seascapes were the common themes seen in most of his paintings. His marriage to Josephine Nivison, an American artist, and also his student helped him to achieve more milestones in his career as it was with her help that six of his Gloucester watercolors were exhibited at the Brooklyn Museum. The notions of solitude, boredom, regret, loneliness, and resignation dominate most of his paintings transcending them to a different level altogether. 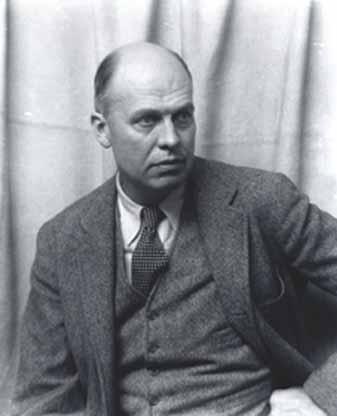 Biography of Edward Hopper in a Nutshell

Hooper had a knack of putting down on canvas his perception of modern American life, and the Nighthawk is a clear reflection of this approach of his. This painting portrays three people at a diner late in the night, with the inspiration of the scene according to Hooper taken from a diner at Greenwich Avenue. Hooper, however, mentions that he had simplified the scene and the restaurant portrayed a little bigger. The popularity of the painting was such that this diner scene was recreated by several artists later. It had also become a sought-after theme in literature as well as movies (The End of Violence, Pennies from Heaven).

Belonging to the category of Hooper’s seascape paintings, this one is a realistic portrayal of a lighthouse and a cottage placed adjacently on top of a hill. Though the background is that of a bright, blue sky, the presence of shadows encircling the cottage which looms high, creates a feeling of eeriness and discomfort. The lighthouse and cottage which are the main focus of the painting have been created meticulously while the surrounding landscapes lack detail.

Hooper had visited several gas stations, and this one is a result of the experiences he encountered. An American gas station located at the highway has been depicted here. He always desired to portray a gas station on canvas having lights above the pumps. The gas station is set at a junction where human civilization comes to an end. The white fluorescent light shown in the gas station creates a feeling of uneasiness and is painful to look at. Hopper’s intention of encompassing a deserted road, a sense of loneliness and melancholy has been achieved.

The sense of stillness, solitary nature and gloom, seen in most of Hopper’s painting is observed here too. The boat sailing on water has been presented gracefully here which in turn shows Hopper’s love and passion for the sea as well as sailing. The color blue dominates most of the canvas, giving this painting a feeling of quietude.

5. House by the Railroad

The railroad or road track mostly serves as a straight or horizontal motif where the division between space of the picture and the world of the viewer has been distinctly emphasized. Hooper’s central theme of alienating from the urban life and portraying scenes of psychological and physical isolation has been achieved here.

Another interesting theme put on canvas by Hopper, which shows two women conversing at a restaurant. Some scholars say that the female whose face is visible is perhaps facing her doppelganger since the other woman’s face is not seen. However, some other critics do not agree with this possibility, saying that two women wearing hats of similar design is nothing unnatural.

This features a host of small shops situated in the Seventh Avenue of the New York City. Though Hopper says that this work presents a picture of Seventh Avenue, the presentation seems to depict not just the life of New York but entire America.  The silence and desolation portrayed throughout the painting is Hopper’s trademark style.

Another realistic painting, showing a woman at an automat, looking into the coffee cup she holds in her hand. Just like the other paintings of Hopper, in this one too the mood of the woman as well as the situation she is in seems uncertain. She is presented in decent attire with makeup indicating that she had perhaps been to work or to attend a social occasion where personal appearance played a significant role. Her outfit suggests it might be winter and the removal of one of her gloves indicate that she could be in a hurry or distracted.

A wonderful presentation by Hopper where he once again attempts to depict a sense of urban loneliness among the characters seated in the lobby of a hotel, who appear in one frame but remain physically detached from one another. Hopper was a frequent traveler and had put up in several hotels and motels. This painting is one of his two paintings of a hotel, the other one being the Hotel Window. The harsh lights and other architectural elements bring out the sense of loneliness.

The painting is presented in such a way that it seems to have been made from a window. The room is brightly lit and is within the dark window sill. He got inspired to paint this picture by observing the lighted interiors of a house while he walked along the streets of Washington Square at night. A door is placed right in between separating the man and the woman from one another who are reading a newspaper and playing the piano. He has reduced the number of elements or props in the room, allowing the viewer to concentrate on every minute detail, taking a significant amount of time.

This shows a man, sitting in one corner of his office, looking at the landscape outdoors. Hopper has once again not given much attention to the office interiors since he wanted to highlight the physical and emotional detachment of the central character.

Hopper attempts to play with light in such a manner that it gets transformed into a material object, and the Sun in an Empty Room, considered as his last paintings bears testimony to this fact.

His realistic artworks with a sense of desolation are reflected in many of his other paintings too like Road in Maine, Chair Car, Drugstore, Cape Cod, Sunlight in a Cafeteria and Cape Cod Morning. Of the several etchings, he made Night Shadow is a prominent one where a solitary man is seen walking past an empty street in the city.