15 of the Most Famous Paintings by Wassily Kandinsky

Wassily Kandinsky of Russian descent was an eminent painter of the modern era, who professed the notion of spirituality in art and incorporated the theme of abstraction in most of his paintings, also giving them a synesthetic appeal since he could see sounds and hear colors. 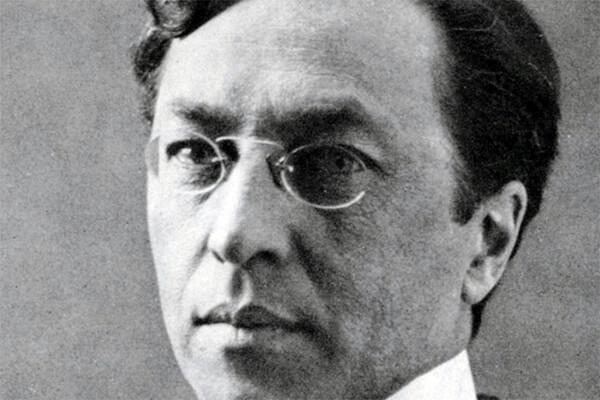 Following the technique of gestural abstraction or action painting, most of his works were a result of spontaneous dribbling of colors on the canvas which he termed as improvisations (1909-1913), while the ones done elaborately were referred to as compositions. Spending the first half of life in Munich, teaching at the Bauhaus school of art and architecture from 1922 to 1933, he shifted to France later, eventually becoming a French citizen.

Biography of Wassily Kandinsky in a Nutshell

Famous Paintings and Artworks by Kandinsky

Made at the beginning of the 1900s, the Blue Rider depicts a cloaked equestrian racing through rocky meadows. The base color in the painting is blue, which according to Kandinsky reflected spirituality. Because of its abstract theme, theorists have interpreted it in their way, with some of them speculating a child in the rider’s arms, though it might just be the man’s shadow.

2. Circles in a Circle

This work of art is an example of the dominance of geometric elements in Kandinsky’s paintings. Twenty-six circles overlapping one another, differing in color and size is enclosed in one thick circle, sketched in black. Such presentation according to Kandinsky symbolizes cosmic harmony. He even said that the circle combines opposites, perfectly balancing the concentric with the eccentric.

The presence of so many circles in one frame varying in size and color creates a sense of abstraction. The limited range of colors in this work of art, highlight Kandinsky’s belief in the theory of Suprematism, also establishing an emotional and spiritual connect among the viewers. The circles here are also not merely circles but have weight and depth of their own, creating a cosmic harmony.

It is not just an arrangement of squares and circles sequentially, as a synesthetic effect is brought about by the array of colors portrayed here. Presently this work serves as a great platform to teach kids the concepts of shapes and colors.

Created just before the First World War, this painting highlights upon the theme of doom, destruction, and revival of the world, with a whole lot of colors and shapes presented haphazardly to illustrate this notion. Though the theme remains unexplained, art historians opine it to be a combination of several important subjects like the Flood, the Garden of Eden, Resurrection and the Judgment Day.

The struggle between the good and the evil, dominating most of his paintings post-1910, is seen here too, as one side of the canvas portrays cataclysmic events, symbolizing destruction, while the other side highlights upon spiritual salvation. The boats, waves, serpent, and cannons to the left stand for complete turmoil, while images of an embracing couple, the bright sun, and candles for celebration reflect a ray of hope.

In the year this painting had been completed, Kandinsky had incorporated the theme of riders in seven other canvasses since he was exceedingly fascinated towards it. His ability to associate a color with emotions is reflected in this artwork too where ‘blue,’ the color of the mountains generates a cool, soothing effect, while ‘red’ and ‘yellow’, the color of the trees create a sense of warmth and aggression. The three riders projected here are depicted as the Horsemen of the Apocalypse, who are set to bring in destruction first, followed by the redemption of the world.

Two tall ships engaged in a fierce battle, shooting cannonballs at one another amidst the turbulent waves, this is what the painting is all about. Though this work was presented just before World War I, Kandinsky denies any association of it with the event. Instead, they are said to highlight upon a bigger catastrophe, the spiritual conflict prevailing in the cosmic world.

The dark and the light has been brilliantly contrasted as the left of the canvas looks bright while the right side has a darker appearance, The amalgamation of blue, red, black, yellow, purple, seen throughout the painting again justifies the painter’s vision of music in colors, with each shade bringing in a different emotion.

It could be non-representational or abstract in appearance, but the themes of death, doom, destruction, and resurrection, as seen in most of Kandinsky’s works is prominent in this one too. The trumpeting angels as seen in the Last Judgment is depicted here in the top portion of the canvas, with the black lines running in a right to left direction is said to represent the blowing of trumpets.

Being one of the first nonobjective paintings of Kandinsky, it projects three black lines on the upper part of the canvas resembling mountains, while blotches of oval-shaped figures remain scattered everywhere. Like all of his abstract works, here also the various colors come with different emotions, conveying a sense of spirituality.

This is said to be a recreation of the Garden of Eden as it portrays a couple embracing each other, surrounded by serpentine figures.

Like all of his other abstract paintings, the meaning here also remains unexplained, with a plethora of geometric forms suggesting contrasting emotions like calm and dynamic, quiet and aggressive.

This work is a beautiful portrayal of Murnau, a town in Germany’s Bavaria, where Kandinsky had settled for a short span. The rich use of colors enhances the appeal of this artwork.

15. Picture with an Archer

The colors here are so vibrant that the scene presented can hardly be comprehended. The presentation of a traditional landscape, with a lone rider carrying his age-old weapon, transcends us to the world of fantasy.

Other significant works of Kandinsky include the Last Judgment, Swinging, Blue Painting, The Cow, Landscape with Two Poplars, Study with Improvisation V, and much more. The Blue Rider ((Der Blaue Reiter) was not just the name of his famous painting but also an art movement which he started along with other artists like Franz Marc, Gabriele Munter, and Alexej von Jawlensky. He had even lent his artistic genius in the creation of a theater piece, the Yellow Sound in 1909.