15 of the Most Famous Paintings and Artworks by Gustav Klimt

Gustav Klimt, a symbolist painter of Australian descent was popular for his paintings and sketches, most of which were focused on feminine figures. His remarkable works were those made during the “Golden Phase” as he used gold leaf to create them. 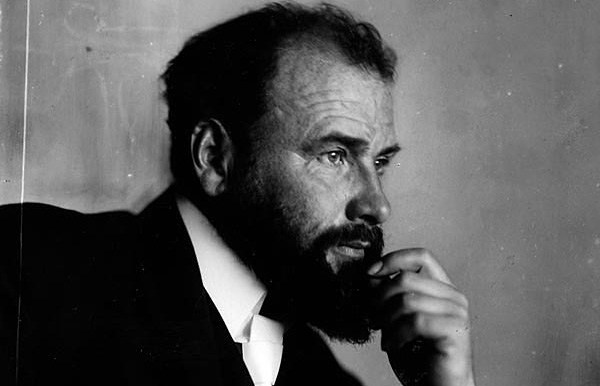 He was inspired by this technique during his visit to Ravenna and Venice, both the cities being famed for their intricate mosaic patterns. Though he indulged in creating portraits, landscapes and mythical paintings, the element of eroticism was noticed, in most of his artworks, which led to severe criticism. He died at the age of 56, leaving a lot of unfinished paintings behind, like the Bride (1917). Of the several books written to illustrate his style and paintings, ‘Gustav Klimt from Drawing to Painting’ is one of them.

Biography of Gustav Klimt in a Nutshell

Famous  Paintings and Artworks by Klimt

Considered as one of Klimt’s masterpiece, it is one of those paintings produced during the “Golden Period”, depicting a man and woman engrossed in an intimate embrace against a background painted in gold. The themes of intimacy, love, and sexuality that dominated most of Klimt’s painting, for which he garnered a lot of criticism is seen here too. A golden halo encircling the couple transcends them to a level of divinity. Some identified the woman to be Emile Louise, Klimt’s companion until his death, though there is not much evidence to validate this claim. We find a reference of this painting in 20th-century American movie ‘This Means War.’

2. Portrait of Adele Bloch-Bauer I

Klimt took up this work of portrait painting on being instructed by Ferdinand Bloch-Bauer, the husband of Adele Bloch Bauer on whom the work has been devised. He had put in a lot of effort to devise this work of brilliance, presenting over 100 preparatory sketches, some of which were purchased by the Bloch-Bauer family. The lady’s golden dress, the golden chair she is seated upon and the golden background add to the magnificence of the artwork. According to a critic, the golden background surrounding Adele was made to lift her from the mundane platform to a level of sensuality. Some even opined that the golden effect gave Adel a vulnerable and melancholic expression. This painting had been stolen by the Nazis and finally returned to Ferdinand’s niece, Maria Altmann in 2006, the reference of which has also been made in the films, the Woman in Gold (2015) and Stealing Klimt (2007). The second version of this painting, Portrait of Adele Bloch-Bauer II was completed in 1912.

The only landscape art of Klimt in the Golden period, this work of art was created in conformity to the Biblical allusion of the Tree of Life. The tree here is symbolic of the earth, heavens, and underworld, all of which have a permanent role to play in a person’s life. The spirals, twists, and turns depicted in the branches stand for the complexities of life, whereas some of the branches point to the sky, reflecting a connect between the heavenly and mundane world. The blackbird at the center amidst the golden background, establishes a link with the underworld, signifying doom and death or rather the end of everything that begins.

Danaë, the popular mythological figure, daughter of the King of Argos, Acrisius, and the mother of the brave Perseus who was famed for slaying Medusa, has been presented on canvas by several eminent artists in the 1900s. Klimt’s depiction of Danaë evokes a sense of eroticism and voyeurism— elements that were visible in most of his paintings. In fact, her purple veil, closed eyes, parted lips, red hair, and stockings rolling down her ankles give Danaë a touch of sensuality. The golden rain shown in between both her legs represents Zeus who had visited and seduced her.

The medicine is the second of Klimt’s Faculty Paintings (the other two being Philosophy, Jurisprudence) that adorned the ceiling of the Great Hall of the University of Vienna. Though the theme of the paintings was supposed to be the victory of light over gloom, the end product turned out to be different, and all three of them were subjected to severe criticism by the faculty members because of the obscenities and perversion depicted. The Medicine was the most controversial among the three, showing seminude figures to the right along with a skeleton, besides which lie a nude female and a newborn near her feet. At the bottom is presented the image of Hygieia, with her back towards the human race,(daughter of Asclepius, the god of medicine) carrying a snake in one hand and a cup of Lethe in the other. The river of life is symbolized through the semi-nude figures, the skeleton stands for death, while the newborn is a symbol of life.

6. Judith and the Head of Holofernes (I)

The biblical allusion of Judith has been explored by several artists before Klimt, though in his artwork she has been presented in a voluptuous way, with her slightly lifted head and parted lips, all evoking a feeling of pride and sensuousness. Klimt may have been so intent in portraying Judith that Holofernes head seems to be omitted to the right. However, in Judith II, his approach changes and the character is presented according to her personality with sharp features and a fierce look.

Klimt has attempted in portraying and celebrating the evolution of womanhood by depicting the notions of love, sexuality, and birth. Six women have been drawn in a single frame, each interlinked with the other in a circular way, perhaps representing the cycle or the various phases of life. The portrayal of flowers in abundance stands for the transition into womanhood.

The techniques of Art Nouveau and Japonism have been observed here since the background is marvelously decorated with golden flowers as well as a turquoise bird. The lady portrayed has been dressed in a kimono along with a Japanese-style fan.

A stunning contrast between life and death has been picturesquely presented by Klimt in this work of art. The painting is divided into two halves, death on one part, depicted through the image of a grim reaper, here a grinning skull, gazing intently at life, presented on the other side of the canvas. The concept of flower beds seen in many of Klimt’s other paintings is visible here too. The depiction of life includes a host of young women reclined on a flower bed, with a newborn, while a sturdy man is holding one of them. An elderly lady is also seen in the group of young woman. Klimt deviates from the age-old concept as life here is shown to be indifferent to death instead of fearing it.

10. The Three Ages of Woman

Women, life’s cycle, and incorporation of decorative elements— mostly seen in Klimt’s works are prominent in this one too. He once again takes up the subject of the stages of a woman’s life, starting from infancy, transitioning to motherhood and finally old age. To the right is a mother with her child in her arms presented in an aura of blue, symbolizing unconditional love, warmth, and emotions. The left, on the other hand, shows a withered old woman, whose life is on the verge of ending.

Sometimes mistakenly referred to as “Sea Serpents” or “Water Snakes,” this presentation creates a feeling of mysticism and charm in the manner in which the female characters have been portrayed. The use of color while portraying the two women intertwined into each other adds to its magnificence and also brings out the element of eroticism that Klimt’s paintings have been known for. Water Serpents I, though not as popular as this one, is the first in the series depicting themes of feminine charm and ornamentation.

Pallas Athena, the Greek goddess of warfare and wisdom, said to be a man in the body of a woman has been marvelously portrayed by Klimt. He adopts a more realistic approach in comparison to his other works, where the theme of sexuality dominates. Though Athena’s face represents a kind of darkness in actuality, she gets a vibrant and lively look here as she stares out of the painting.

Blumengarten, translating to flower garden is a pictorial presentation where Klimt has wonderfully played with colors to portray a garden filled with poppies, roses, and daisies. His depiction of nature here is symbolic of life and vitality. This landscape painting has earned the credit of being the third costliest work of art sold in an auction in Europe at a price of £47,971,250.

Hope II, features a heavily pregnant Herma, one of Klimt’s favorite model dressed in a long garment having geometrical designs, unlike Hope I (1903) where she has been depicted standing naked. The lady has her eyes shut, and head bowed towards her pregnant belly. The presence of a human skull in the front of her dress perhaps signifies the dangers she may encounter during labor. At the bottom are seen three women with bowed heads, who might either be praying or perhaps be mourning. The golden leaf work and mosaic pattern dominating the painting is a reflection of Klimt’s inspiration from Byzantine imagery.

Klimt takes up the theme of human being’s desire to be happy in life for which they do not just have to wage a battle with the external evil forces but also with their inner weaknesses. Genii, the floating figure, is seen to be in search of happiness, but soon follow Typhoeus, the deadly giant and his Gorgon daughters that symbolize, lust, sickness, madness and everything gross. The knight clad in a shining armor stands for a ray of hope.

Other of Klimt’s paintings includes Leda and the Swan, 1917 (where the mythological tale of Leda and Zeus disguised as a swan is narrated), Farm Garden with Crucifix, 1911 (example of Klimt’s incorporation of religion in his work of art), the Sunflower, 1907 (the presentation of flowers look like lovers, giving the painting an anthropomorphic element or human quality), Birch in a Forest, 1903 (a pictorial landscape painting), Portrait of Margaret Stonborough-Wittgenstein, 1905 ( the portrait was done for her wedding)  and the Dancer, 1918 (another of Klimt’s portrayal of a female, presented against a rich, floral background).