10 of the Most Famous Paintings by Édouard Manet

Édouard Manet was a renowned French painter of the 19th century, who excelled in depict modern art on canvas. He had a knack of simplifying details and loosely using brush strokes to depict his works. Most of his works of art centered on café scenes most of which represented the lifestyle of the upper strata of the society. He also created a lot of abstract paintings throughout his career, brilliantly playing with colors. He died tragically after the amputation of his left foot due to gangrene. 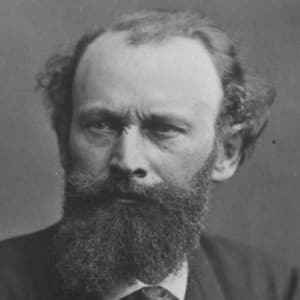 Biography of Édouard Manet in a Nutshell

Exhibited for the first time at the Paris Salon, it portrays the picture of a bare-bodied woman, in a reclined posture, receiving flowers brought in by the servant. French painter Victorine Meurent, who also served as a model for other painters posed as the prostitute while the servant is Laure, an art model. When unveiled for the first time, the viewers were in a state of shock not because she was devoid of clothes but her erotic and sensual gaze which identified her with a prostitute. The voluptuousness is revealed through black ribbon adorning her neck, orchids decked in her hair, the pearl earrings and all the other descriptions. People viewing the painting were so outraged that two policemen had been posted to safeguard the canvas.

2. A Bar at the Folies-Bergère

Considered to be the last of Manet’s major painting, it highlights his inclination towards realism because of the intricate details in the entire scene. The woman portrayed here, who may be the barmaid, is real, named Suzon, an employee of the Folies-Bergère bar at the beginning of the 1880s. She is seen facing the mirror while the male figure remains in a dark backdrop. The presence of oranges at the backdrop hints that the barmaid could be a prostitute as Larry L.Ligo, an art historian hinted Manet’s tendency of associating this fruit to symbolize prostitution. Emmanuel Chabrier Manet’s close friend originally owned the painting.

The vibrant technique and realistic presentations make this painting rank among one of the magnificent works of Manet. He brilliantly highlights the struggle between the man and the beast. The bullring with the tension among the spectators as well as the toilsome bullfight has been portrayed in a pictorial manner.

Many of Manet’s paintings have often depicted café scenes, highlighting urban life, and the Café Concert is one of them. The painting is set in a café at Paris, portraying three figures, seated in a triangle but looking in different directions. The waitress is drinking beer; the woman is seen smoking a cigarette, while the man is engrossed in watching a performance. A sense of detachment and separation overlooks the faces of the characters.

Another of Manet’s pictorial painting, representing a bouquet in a vase. The color combinations of the flowers make the painting a bright and vibrant one.

6. The Luncheon on the Grass

This is one of Manet’s impressionistic works breaking away from the classical conventions. It shows a woman devoid of clothes, lunching with two fully clothed men. The clothes of the woman alongside a fruit basket lie in front of her. The background which is painted roughly, showing a semi clad lady bathing, lacks depth giving the impression that the scene has been depicted in the studio and not outdoors. Though the subject is mundane it is made to appear larger than life by being represented on a larger canvas.

When Manet lived in Boulogne with his family, the idea of painting people standing in a balcony came to his mind. The three prominent figures remain detached from one another while the fourth one present in the background is obscure, generating no particular theme. The people present all seem to be related to Manet in some way of the other. The lady seated is Berthe Morisot, the painter, married to Eugenie, Manet’s brother. Fanny Claus who is a violinist by profession is standing while the man at the center is Jean Baptiste Antoine Guillemet, the painter.

One of Manet’s popular paintings which won him positive criticism because of the realistic and minutest details presented brilliantly. Eminent personalities like Theophile Gautier (journalist, poet, and novelist), as well as Charles Baudelaire (writer), have praised the painting for the vigorous brushwork and fine combination of colors. It features a singer holding a guitar, and the manner in which his fingers are stuck on the string suggests that he is an amateur in playing the instrument.

9. Berthe Morisot with a Bouquet of Violets

Berthe Morisot, his fellow painter is seen in a black outfit, carrying a bouquet of violets which is hardly visible. Acquainted with Manet since 1868, she had posed in many of his other paintings like the Balcony. The pattern of even lighting seen in most of his paintings remains absent here as the right side of her face is lit while the left side is in complete darkness.

Another amazing work of art, it is a simple depicting with an intense significance, presenting a man, supposedly his brother-in-law along with a woman whose identity is unknown, sailing on River Seine in the suburbs of Paris. The different aspects of color have been marvelously experimented by Manet here, adding to the elegance of the painting.

Other magnificent works of Manet include the Funeral (1867, an unfinished work said to depict Charles Baudelaire’s funeral where Manet was present), Still Life with Fish (created in 1864 where he juggles with a plethora of colors), the Lemon (painted in 1880 during his later years, symbolizing a work of abstraction) and Spring (made in 1881, and the first of his series paintings where he symbolized the four seasons by depicting Parisian women).