15 of the Most Famous Paintings and Artworks by Marc Chagall

Referred to as the “the quintessential Jewish artist of the twentieth century”, Marc Chagall claims distinction by dint of his figurative style – incorporation of a dreamlike imagery, made poignant with a riot of brilliant colors. Chagall explored varied media such as sets of ballets and plays, stained glass windows, and etchings on the Bible and is considered one of the most favored modern artists. 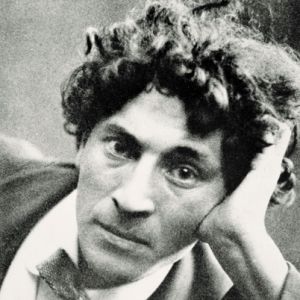 Biography of Marc Chagall in a Nutshell

Brilliant in dazzling colors and vibrant tones, this painting is regarded one of the artist’s finest works on a subject he much liked during his lifetime – circus. The hectic atmosphere created through the activity of the figures such as the woman riding a colored horse, the wandering minstrel, or the man holding the ring, makes the spectator almost feel the exuberant energy and become a part of the festive mood.

Chagall took almost 25 years to complete this work. Naturally, it includes the artist’s different observations according to his varied experiences. It starts with the incorporation of the Jewish and angelic figures as motifs of his Jewish vision and goes on to the Christian images of Christ on the Cross, and Madona, emphasizing Christian redemption.

The most fascinating feature of this work, revolving around the wedding of Chagall’s brother in law, constitutes the equal focus enjoyed by both the musicians and the couple. As usual, sparkling hues mark the gaiety of the occasion, magnificently camouflaging the fact that it was created shortly after the demise of his wife, Bella Rosenfield.

Chagall and his wife loved each other dearly and this painting, made a few weeks before his wedding celebrates the wonderful emotion in entirety. Chagall is seen floating with his head craned unrealistically so as to kiss his future wife, who, holding a bouquet of flowers is also suspended in air.  The couple radiating heavenly bliss seem to outdo all the mundaneness suggested by the ivory, beige and tan hues of their living room furniture.

Despite being made at a time when there was a lot of turmoil in Europe, this piece, containing charming figures, such as the swooping angel, and the lovers, reflects optimism and joy. Confining his shades to just blues and greens, the painter aims to drag the viewer into the myriad depths of his composition, thereby upholding his artistic maturity.

The fiddler here, representing the Hasidic Jews who employed music and dance to unite a community in Chagall’s childhood village Vitebsk, highlights the way the painter imbibed both Christian and Jewish elements. The painting done in vivid colors was also an inspiration for the eminent musical of 1964, “Fiddler on the Roof”.

7. Paris through the Window

A two-faced man is seen looking at a visually appealing scene of Paris through his window. It is a deliberate juxtaposition of real and imaginary that Chagall incorporated to point out his fondness for modern Paris as well as a longing for his past life in Russia.

The crucifixion of Jesus is shown in this Biblical painting alongside the suffering of the Jews. Violent acts such as the burning of a synagogue occupy the background, while Jesus wearing a shawl is portrayed at the center, thereby uniting his torment with the Jews. A far cry from most of Chagall’s lively works, it eloquently represents hatred and is the most critically acclaimed.

9. I and the Village

This hails as the most famous painting of Chagall, made a year after he came to Paris. The canvas is dominated by a green-faced man and a goat looking earnestly at each other; with a glowing tree in between them. Overlapping these figures, appear many scenes such as that of a goat being milked along with an upside down maid. In fact, in his native Hasidic community, peasants and animals lived together, and Chagall evoked such mutual dependence through this celebrated piece.

Chagall’s ingenuity to gain the viewer’s attention by making use of only two or three colors finds valid expression in this renowned work. The bride looks glowing in her bright red dress but what is striking is the involvement of a group of animals, particularly a goat playing violin. Also featured is a fish in the sky, a girl with pigtails, a squirrel, and a man playing a flute. Acclaimed for vigorously exploiting such wild imagination, it was used in a scene in the famed movie “Notting Hill”.

Depicting a set of stained glass windows, this artwork was made by Chagall as an act of gratitude over the enthusiasm shown by the city of Chicago regarding his monumental work, The Four Seasons. Celebrating the arts of literature, music, theatre, dance, and music, it aimed to glorify the country as a seat of cultural freedom.

Again a euphoric testament of the intense passion shared by the artist and his wife, this double portrait was acclaimed by both the Surrealists as well as his pre‑war comrades. It manifests Chagall beamingly holding the hands of an equally effervescent Bella, who floats above him, with a spirit of exuberance being reflected even in the fluttering folds of her dress.

Chagall invariably sought inspiration from his Russian origins and Jewish heritage, and accordingly a major portion of his paintings revolve around his life spent in Vitebsk, defining sometimes his teacher, his wife and here as can be seen, himself.

This piece focuses on an uncommon subject – a cow, clutching a parasol, striding over the roofs of a village with the orange glow of the sun visible behind. The vivacity and gaiety reflected in the work shed light on the artist’s reviving of his passions under the acquaintanceship of his new-found love, Virginia Haggard McNeill.

The panels of this mosaic artwork, featuring musicians, lovers, animals and a sailboat, symbolize the happiness attained through music. They lyrically glorify the onset of the 4 seasons, spring, summer, fall, and winter.

Other notable paintings of the master include The Rabbi, Mermaid, The Blue Circus, Romeo and Juliet, Green Violinist, The Three Candles, Clown in Love, The Dead Man, Blue Angel, and War.