French artist, Henri Matisse is hailed as one of the foremost painters of the 20th century for altering the course of modern art by his use of vibrant colors, and simple forms – tenets that aided him to lay the foundation to the influential  Art Movement, Fauvism. His illness in the last decade of his life prompted him to work with scissors instead of a paintbrush to produce the brilliant cut‑outs, immortalizing animals, figures, and shapes. 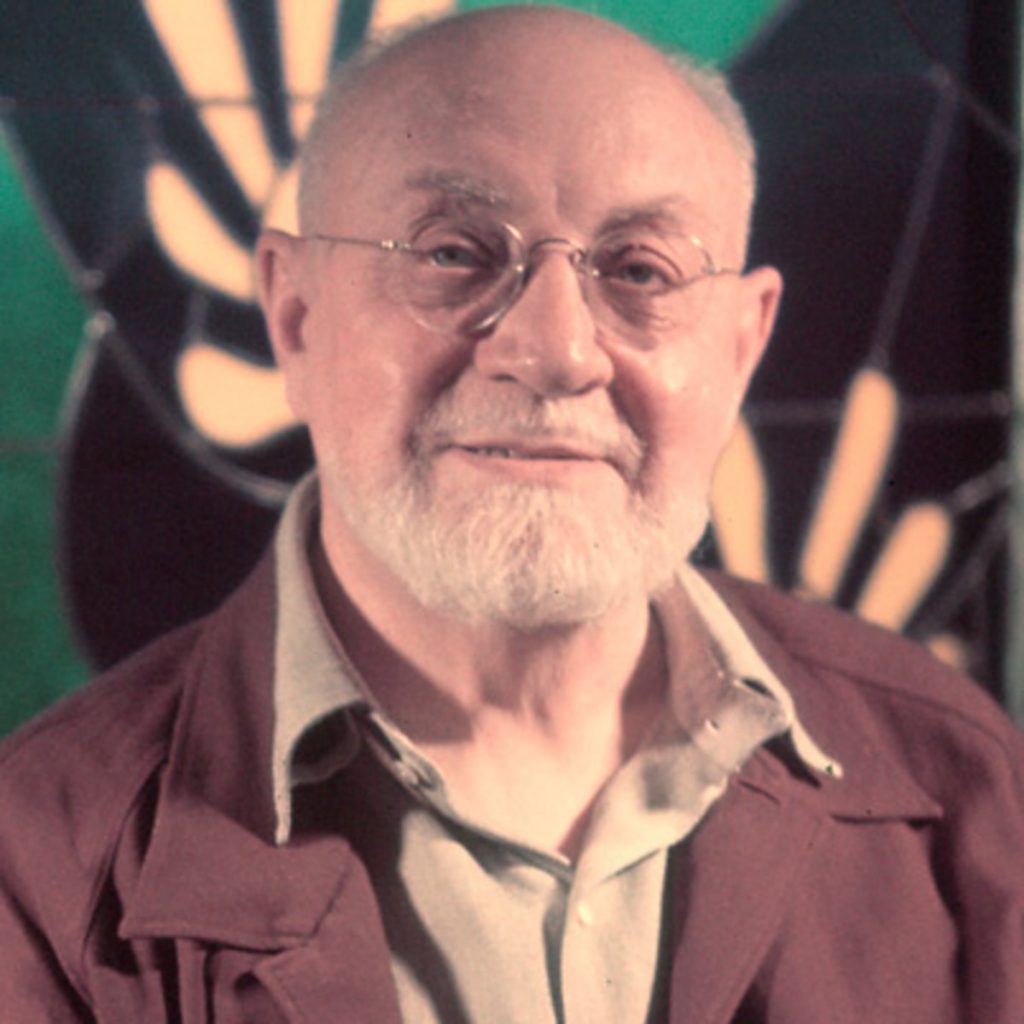 Biography of Henri Matisse in a Nutshell

Made in the year 1905, in the coastal town of Collioure, this painting depicts a colorful fishing port as viewed from a window of the artist’s department. The work, also referred to as “Open Window, Collioure” brilliantly served as an icon of early modernism for substituting conventional representation with a riot of complementary colors, aptly achieved through the employment of a variety of brushstrokes.

There exist 2 related versions of this painting, made successively in 1909 and 1910 to adorn the spiral staircase of the mansion of the wealthy Russian industrialist, Sergei Shchukin. “Dance 1” projects a group of loosely drawn figures dancing in an unrestricted manner against a blue background over a green field. The unusual color scheme and the deliberate parting of hands of 2 of the dancers are believed to be conscious moves on the artist’s part to either evoke a tension or invite the spectator into forming an individual view.

The more specific interior lining of the 5 nudes of “Dance 2” often suggests physical power and tension. Besides, a higher contrast is achieved by the efficient combination of the intensively red hued figures amidst the blue and green background.

Inspired by a sculpture Matisse had seen in Algeria, The Blue Nude features a nude woman, lying with one leg on the other and an arm resting on her head. The unconventional theme of highlighting a woman’s hard features through angular muscles created such an outrage that an effigy of it was burned on being displayed at the 1913 Armory Show in Chicago.  The work was, in fact, a direct response to the unimpressive nudes frequently seen in the Paris Salon.

4. The Fall of Icarus

Matisse’s famous book, “Jazz” contains this bold and powerful image revolving around the well known Greek myth of “Icarus”, a subject much favored by the European painters. To have a meditative composition, Matisse placed cut-out images of Icarus and the surrounding stars on an effervescent blue background. With bursts of yellow sunlight, it reflects Icarus’s passion as against the fall itself. The abstracted forms and extensive areas of pure color are also reminiscent of the change of direction his later works were supposed to take.

The most striking quality of this fishbowl painting created between spring and early summer of 1912, constitutes its subtle combination of colors and shapes. The bright orange fishes contrasted with the subdued pinks and greens in the surrounding attract immediate attention and exude a relaxing calmness, thereby affirming the artist’s quest for an idyllic paradise and contemplative peace.

With an Arcadian landscape buzzing with nude figures either at rest or in motion, this large-scale painting is tagged as his greatest piece on Fauvism. The utilization of vivid colors and flattened space in delineating his figures lead to a lot of outcry at the time of its first exhibition in 1906, but it also inspired many of his contemporaries, most notably Pablo Picasso.

In this brilliant portrait of his wife, Amelie, Matisse painted the 2 halves in 2 different colors, the separating line being a green stripe. It serves as an artificial shadow line, bestowing the face with a warm and a relaxed side. A famous Fauvist icon, this artwork also called “The Green Line” has prompted several interpretations since the time of its first display.

Matisse painted this when art collector Sergey Shchukin requested him for a panel based on music. It shows 5 figures of musicians who are immobile and have their mouths open as if to suggest their voices pouring from within. They reflect calmness, and it seems as if the music unites them to form a single whole.

A woman reading a book while being seated on a chair constitutes the subject matter of this painting. However, it is her back that is viewable along with other interior details of the room such as several artworks, vases, and a table lamp. Bringing him his first public success in 1896, it seems to project the artist’s vision of how a pleasurable activity like reading may allow a reader to be completely oblivious to her surroundings.

Also called “The Dessert: Harmony in Red”, this work was painted in his Paris studio that had a window overlooking a monastery garden. Interesting to note that the painting features a similar window with a green garden as well and this, in fact, allows the viewer to explore the depth of the canvas. The piece is striking in presenting a decorative outlook through the abundant use of a rich raspberry red fabric along with an energetic indulgence of blue patterns.

Belonging to a group of works called “gouaches découpées”, The Snail marks a phase in the artist’s life when he was prevented from painting due to ill health. Firstly, the opaque paint, gouache was applied on several papers and these were then placed and pasted by his assistant. The method aided him to attain his objective of abstract art: the simplification of color and shape.

For this half-length portrait, his wife, Amélie was his subject. The artist chose to employ non-naturalistic colors and loose brushwork to portray her in an elaborate dress, thereby imparting a sketchy or an unfinished quality that undoubtedly startled the spectators of his day. It is one of Matisse’s most famous paintings that clearly bear the label of Fauvism.

During the 1920’s, Matisse’s fascination with harems urged him to make the odalisques (chambermaids or female attendants in a Turkish seraglio) his common subject. Accordingly, they appear either reclining, lounging or standing in a number of canvases. Attired in exotic outfits against a decorative background comprising of oriental rugs, and fabrics, they create a sense of carnality and sensuality. Further, the excitement is chiefly a personal gain of the viewer since the artist remains distant throughout.

A bowl of oranges, a coffee cup and a green pitcher on a blue table top are seen in this painting. The work rendered using flat, complementary colors, and the loose brushwork again highlights his tendency towards modernist experimentations. The yellow and orange hues visible on the wall give the impression of a sunlit room, whereas the curtain and the outdoor scene are rather vague.

A magnificent painting, The Landscape highlights his inclination towards a more spontaneous and instinctive presentation using oil paint directly onto an unprimed canvas.

Other notable paintings of the master include The Sheaf, Flowers, Self-Portrait in a Striped T-shirt, Dinner Table, The Moroccans, The Painter and His Model, The Conversation and the paper collage, Beasts of the Sea.